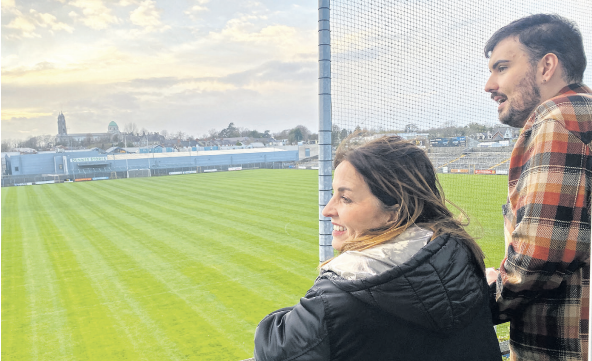 If you’re a buyer struggling to source or purchase a home, particularly if you are keen to live in the west of Ireland, Animo TV and real estate expert Liz O’Kane want to hear from you.

Property buffs will remember O’Kane as Ireland’s original buyer’s agent who set up her business, Get Sorted, in 2002 to source, negotiate and help people buy properties in Ireland. She then hit our TV screens as a co-presenter with Dermot Bannon on RTÉ’s House Hunters and went on to present RTÉ’s House Hunters in the Sun for seven seasons.

Her latest venture is presenting a new show called How to Buy a Home, produced by Animo TV (which is behind Ireland’s Fittest Family and The Great House Revival), with plans to air subsequent series on Virgin Media Television. The show is looking to feature a broad range of buyers, from members of ‘Generation Stuck’, who can’t afford to gather the deposit for a home and are stuck renting or living with their parents, to empty nesters or expats struggling to find a home or close a sale.

Take Sunil, who feels like a 27-year-old teenager living at home with his parents and who dreams of his own place in Mullingar. Feeling overwhelmed by the mortgage process, he meets O’Kane in one episode to seek advice and guidance before embarking on his home-buying journey.

In another episode O’Kane meets Mike and Anna, who recently returned to Ireland after decades in the States and are searching for a new life in the sunny south-east. “This is not like Kirstie and Phil of Channel 4’s Location, Location, Location show,” said O’Kane.

“Nor is it Dublin centric. We’ve been to Wexford, Carlow and the midlands. We’re going to Cork and we really want to go west and to the north west and meet and help real people who need the tools to achieve their goals.

“For example, we have a self-employed girl whose business started to take off in 2019 when along came Covid-19 and PUP [Pandemic Unemployment Payments], which affected her mortgage application, and she needed financial advice to take the next step.” The show also incorporates fly-on- the-wall conversations between Navan comedian and actor Michael Fry and a series of interviewees including Darragh O’Brien, Minister for Housing.

“Michael is also going to Finland to talk to their minister for housing about how Finland is the only country in the EU that has been able to reverse the trend in homelessness,” said O’Kane. “Ultimately, the show is informative and serves as a tool kit for people who really want to get on the property ladder, whatever stage of the process they are at,” she said. Prospective candidates should email: home@ animotv.ie 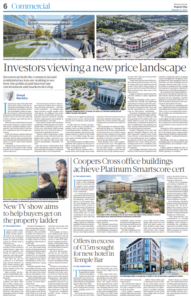